There are serious dangers lurking in the aftermath of natural disasters.

Natural disasters have been identified as one of the leading causes of sexual exploitation and trafficking. “While human trafficking generally does not increase in the immediate days and weeks following a disaster, proper planning in the immediate-term helps reduce the numbers of gaps that traffickers can later exploit when the emergency phase has passed” (US Dept. of State 2010). This immediate time varies depending upon the extent of damage and loss of life, the nature, and the location of the disaster. In the immediate aftermath recovery of the deceased, as well as searching for food, shelter, and medical takes priority. However, this immediate time also sets up the stage for trafficking as perpetrators will jump into action during the chaos knowing that survivors are the most vulnerable at that time.

Traffickers will kidnap, threaten, manipulate or coerce unknowing individuals by making false promises of jobs, education and other opportunities to lure them into the belief that leaving the safety of their home and community is a better option for helping themselves and their families.

The chaos and confusion that a disaster causes leaves tremendous gaps in resources and safety. 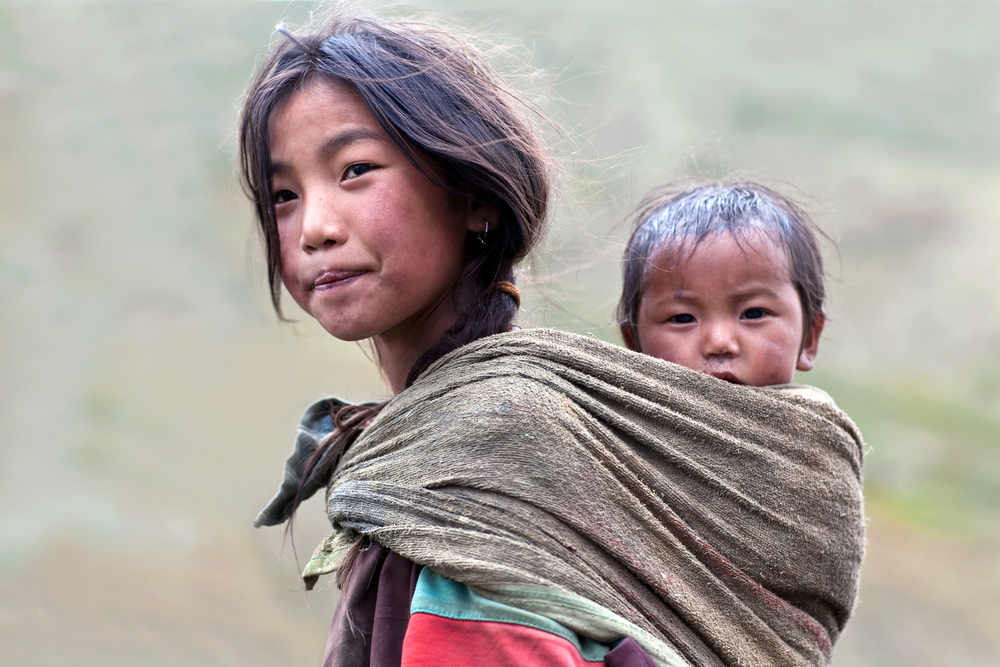 A lack of coordination and allocation of responsibilities during the chaos leaves children more vulnerable. Children are not always considered or prioritized during the urgent needs of a natural disaster. Search and rescue efforts, providing medical care, housing, food, shelter, and regaining the infrastructure, consume both employed and volunteer workers (Red Cross 2004). Gangs also infiltrate areas to exploit at risk populations while officials are pre-occupied with the disaster response. These gang members are often part of a system of organized traffickers who enter into disaster zones with the specific goal of luring away victims.

The collapse or absence of a state system creates a vacuum of safety measures and previously implemented programs. If trafficking prevention measures were in place they tend to collapse in the aftermath of a disaster. The collapse of state systems also means that police and other government officials may be struggling to provide for their own families, and / or providing the role of a disaster worker establishing basic needs as opposed to enforcing laws and safeguarding the community.

In addition to the breakdown of systems, an influx of foreign and national aid workers provide an environment of strangers which becomes part of the normal process of recovery. This has the potential to disguise the threat of traffickers.  Vulnerable women and children seek help from people they assume to be legitimate humanitarian aid workers. The chaotic disaster environment also allows traffickers to circumvent national and international standards and preventions, and remove children from their communities easily – often without any questions asked. With the normal safeguards down, traffickers have more freedom to manipulate children into trafficking as well as transport them across borders (Dept. of State 2010).

Previously orphaned and special needs children are at an even greater risk, as the caretaker to child ratio in many orphanages often leaves multiple children without anyone watching out for them. Traumatized caregivers may be overwhelmed and consumed with trying to care for their own children.

Education and training helps to circumvent the process of trafficking by educating stakeholders in natural disasters, and those who work with orphaned and vulnerable populations in the implementation of a child protection plan. Identifying at risk populations as well as potential traffickers, trafficking locations, providing child safe zones, as well as a child identification systems are all a necessary part of the process of protecting children from sexual exploitation and trafficking both before, during, and after a natural disaster. The longer children are separated from caregivers, the greater the potential for trafficking increases.

Children are being kidnaped, sold, and lured into modern day slavery after the trauma of natural disasters. Reducing the risk of trafficking for orphaned and vulnerable children has to be a priority to organizations and individuals who work in disaster response. The lack of volunteers available to focus specifically on the safety of children and the prevention of exploitation, often require additional teams to coordinate and support the local the communities who are still reeling from the effects of a disaster. Disasters are increasing in both intensity and frequency; it is our goal that the exploitation of orphaned and vulnerable children will not increase with them.