21 million children and adults are slaves. These modern day slaves are held in forced bondage, forced labor, and forced into sexual exploitation and trafficking (SET) around the world. Many of the adults in forced bondage have been there since they were taken as children. (U.S. Department of State Trafficking in Persons (TIP) 2016).

Human Trafficking can be defined as: The recruitment, transportation, transfer, harboring or receipt of persons by the threat or use of kidnapping, force, fraud, deception or coercion, or by the giving or receiving of unlawful payments or benefits to achieve the consent of a person having control over another person, and for the purpose of sexual exploitation or forced labor.

The victims of sexual exploitation are predominantly women and girls and this accounts for 79% or trafficking in persons, followed by forced labor. (UNICEF).

26% are children. That means that over 1/4th of the world’s children are being abused, beaten, raped, exploited, and held captive. Without a childhood. Without love. No hope for a future.

Over a 100 countries still are without anti-trafficking laws and 64 countries have yet to prosecute a criminal for the sexual exploitation and trafficking of women and children.

Victims of human trafficking can be found everywhere – from rural settings to city streets, in trailers or apartment complexes. They are forced and sold into factories and sweatshops, hotels, landscaping, massage parlors, and restaurants; as well as the more sexually explicit places such as peep shows, websites for adult services, pornography sites, strip clubs, bars, and brothels. 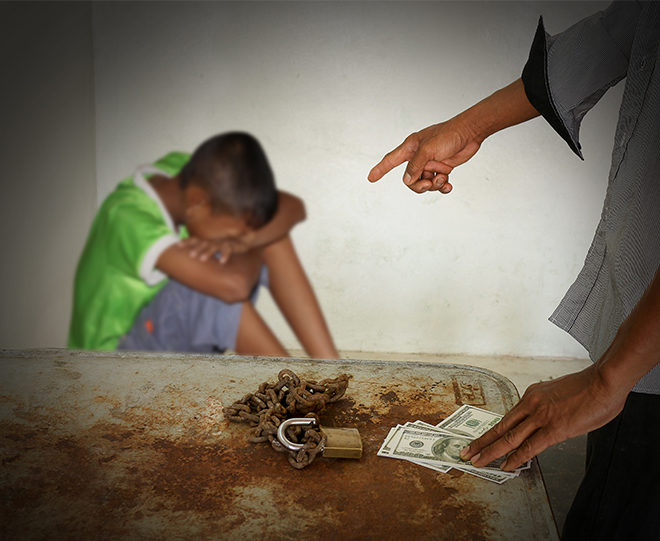 At this moment in every state within the U.S., women and children are being exploited into labor and sexually abused. Known as Domestic Minor Sex Trafficking (DMST) it is estimated that 1 out of every 5 runaways is likely a child sex trafficking victim.

74% of those were in the care of social services or foster care when they ran away, revealing the vulnerability of orphaned and children revealing the need for more education and a proactive response to orphaned and vulnerable children.

The Polaris Project estimates that there are hundreds of thousands of both adults and children in forced labor and sexual trafficking and exploitation in this country.

Trafficking in Persons (TIP) is modern day slavery and it is our responsibility to speak up against it and defend those who are oppressed.

Proverbs 31:8-9 says Speak up for those who cannot speak for themselves, for the rights of all who are destitute. Speak up and judge fairly; defend the rights of the poor and needy.